Microsoft is developing the Windows update that will eventually become Windows 10 version 21H1. It seems one of the core areas of interest for Microsoft during this phase will be on improving typing on the platform.

In the latest push towards this goal, the company is creating a feature that allows users to input text by voice. This new voice typing experience will allow users to dictate to Windows and type across apps.

Sure, Windows 10 already has a voice diction typing capability, but it is probably not the best solution. Indeed, most users who frequent this technology typically opt for a third-party. Microsoft wants to change that with the “most reliable voice typing experience ever on Windows”.

That’s how Microsoft describes its efforts around typing in Windows 10 version 21H1. According to the company, the new voice typing experience will cover emails, documents, and text across the platform.#

Some of the features Microsoft is adding include:

Furthermore, there is a start/stop ability through voice controls. Users can also issue voice commands to edit documents, such as select text and delete. Out of the box, the new voice typing experience is in preview in Windows 10 Preview build 20206 on the Insider Dev Channel. 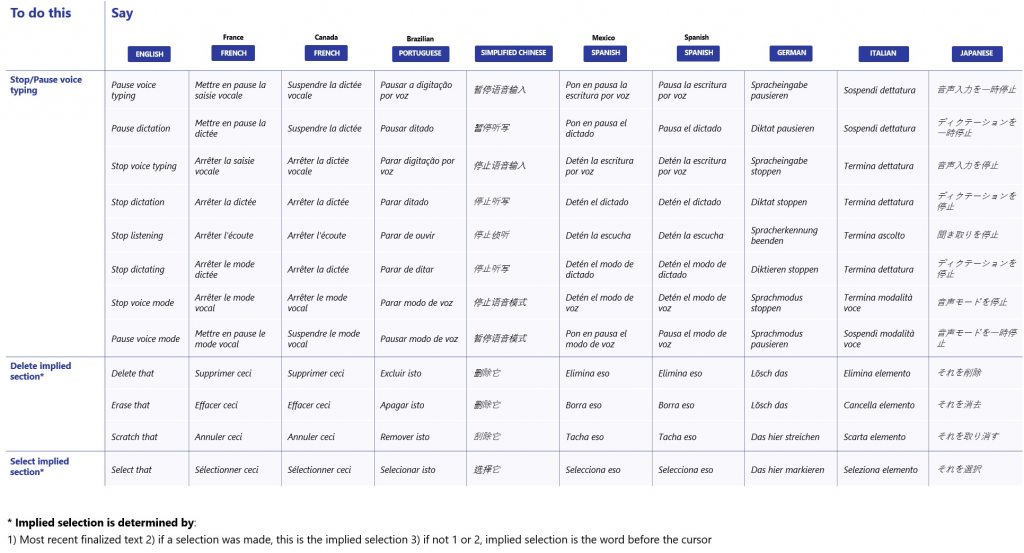 It is available in the following languages:

The new voice features are part of Microsoft effort to improve typing on Windows 10. When Windows 10 version 21H1 arrives, it will also have a new WonderBar virtual keyboard.

Currently in development are features including new sounds, emoji access, key press animations, and the ability to search for and input animated GIFs. The new keyboard experience is called the WonderBar and it was built for Windows 10X.