Google Chrome Could Soon Reduce Battery Consumption by Up to 28%

Google wants to help users save battery life when using its Chrome web browser. To help reach the goal, the company is testing a new feature that will reduce battery consumption from between 13% and 28%.

While technology moves at a rapid pace in some areas, in others progress is more restricted. In the laptop and mobile device market, aspects like screen resolution, power, and performance enhance almost yearly. However, in terms of battery evolution there has been less development. As such, battery life has become an increasingly important metric for customers.

Google’s Chrome testing involves managing the JavaScript timer wake up frequency for tabs that are inactive or hidden for over five minutes. This essentially allows less power to be consumed by those tabs.

According to Google, the feature is currently in testing for Chrome. Of course, Microsoft Edge is based on the Chromium engine these days. If Google launches this new tool beyond testing, it could one day by integrated into the Edge experience. 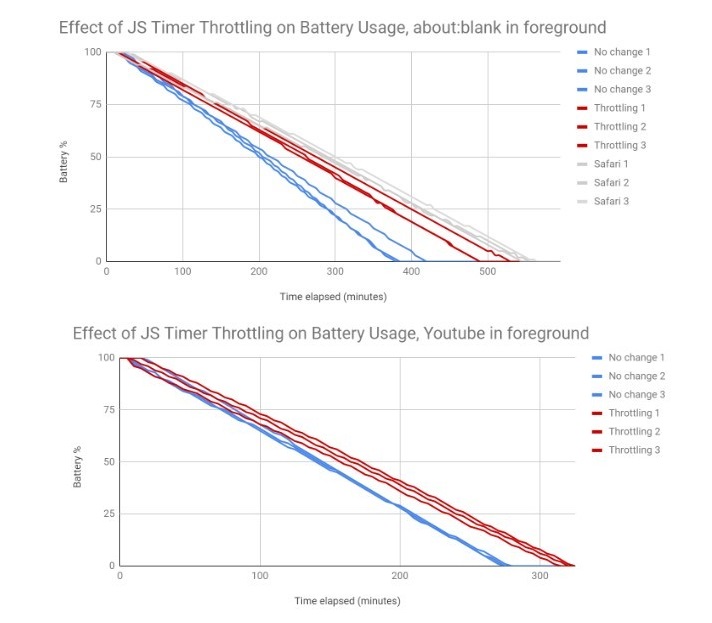 In documentation detailing the tests, Google shows some positive results. The company decided to look into power consumption when it realized a lot of processing was handled by JavaScript times. These timers place intervals between when code should execute:

“We found that the work done from these Javascript timers was often not valuable to the user when the page was backgrounded (e.g. checking if scroll position changed, reporting logs, analyzing interactions with ads). We made the hypothesis that reducing the number of wake ups from Javascript timers in a backgrounded page could extend battery life.”

Google says it was able to cut battery consumption without compromising the overall user experience. In other words, the Chrome browser will be as fast as normal but will afford improved battery use.

Google describes two tests, both run on a top-range 2018 MacBook Pro with an Intel Core i9 CPU and 32GB of RAM.

In the first test, Chrome was running 36 tabs (18 tabs doubled) in the background with one foreground tab on about:blank. Google says the background tabs were open to logged in pages for Gmail and Facebook. Tests were run until the battery run out. Comparing the test on Chrome and Apple’s Safari, Google found a 28% (2 hours) improvement.

The same test was run a second time, but now Google used a YouTube video streaming in the foreground tab. The company says this was done to show the background apps can reduce power consumption even when an intensive foreground app is open. This second test resulted in a 13% improvement over Safari.

These tests are currently ongoing through a hidden flag on the Chrome Canary channel.

How to set up Microsoft Teams rapidly for your organization