We reported in January that Satya Nadella has been spotted testing the Microsoft Surface Duo, and now Microsoft Vice president Brand Anderson has also tweeted a picture of himself and his family using the Surface Duo. 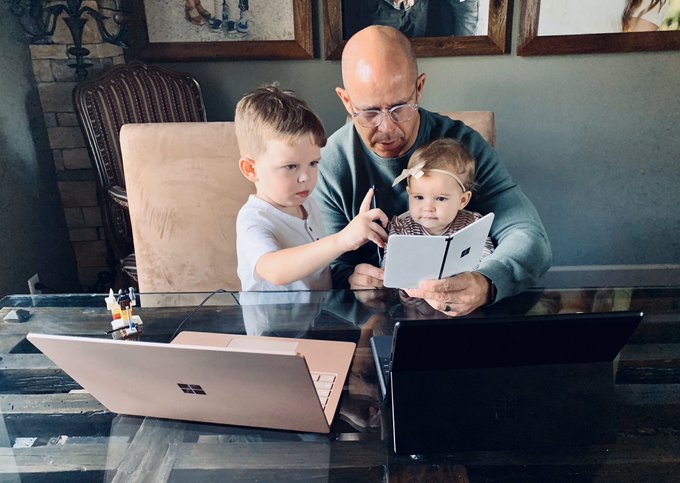 In the tweet, he praises the multitasking capabilities of the device, with the ability to view items on one screen and draw in another application on the other.

Last year in October Microsoft announced its first Android device, Surface Duo. The Surface Duo comes with two 5.6” displays connected with a revolutionary 360-degree hinge that will allow you to use the device in various modes.

Microsoft has released an emulator for the OS, which is built on Android 10 and its existing support for dual-screen apps, and a customized version of the Microsoft Launcher.

It is notable that we have not seen any Microsoft exec dogfooding the Surface Neo, the Windows 10X-based folding tablet which is also expected this year, and there are some rumors that the Surface Duo may be ready already while the Neo is somewhat delayed.

The Surface Duo will be available in holiday season 2020.

Windows 10: How to Restore the Old Photo Viewer