Microsoft has been reportedly working on a new Start menu for Windows 10 for some time. However, the company has not previously offered any preview of the new menu to Insiders. That changed today as Windows 10 testers received an update packing the new Start menu. The problem for Microsoft is the release seems to be accidental.

A new version of Windows 10 designed for internal use within Microsoft was accidentally rolled out to Insiders. This update features the new Start menu design that will likely arrive with Windows 10 20H1 next year.

The build-in question is Windows 10 build 18947, which was meant for internal testing on Xbox consoles. Instead, Microsoft accidentally sent the build to Windows Insiders on 32-bit devices. It is available to all Windows testers, including the release preview, fast ring, and slow ring branches.

It is worth noting Windows 10 32-bit systems are not that common, so not many users will be able to pull in the update. Still, this is quite a mistake on Microsoft’s part. 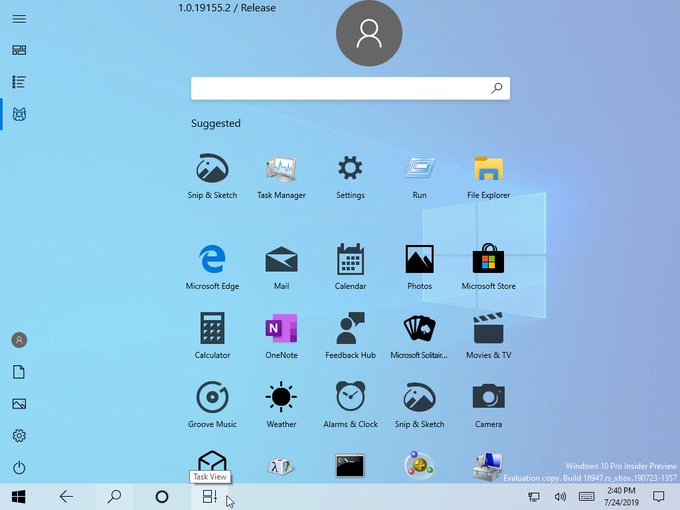 As for what’s included in the update, there is the Start menu overhaul which is clearly still in early testing. For example, it lacks Live Tiles and other elements. We guess that’s because of the early stage the menu is at and hope Microsoft is not dropping Live Tiles entirely. The new menu design can also be presented in table mode in the center of the screen.

Elsewhere in the build, Microsoft has added a GIF searching tool within the emoji picker of Windows 10.

Windows Insider Program head, Dona Sarkar, has confirmed the error on Microsoft’s part. She says the company is now “looking into” why the release was leaked.