For this demonstration I will be installing on a Windows Server 2012 R2 server.

After installing the operating system configure an IP address, any static routes that may be required, and give the server a name (as well as a DNS suffix). 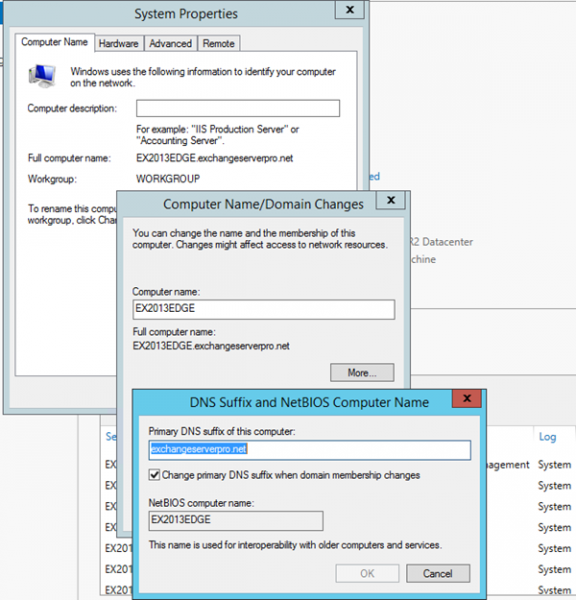 The server does not need to be a domain member.

There are two important DNS requirements:

There are also some firewall ports to open:

The only pre-requisite feature/role is the Active Directory Lightweight Directory Service.

Download the Exchange Server 2013 setup files (Service Pack 1 or later) to the server and run the following command from an elevated command prompt to perform the install.

A reboot is required after setup completes.

After installing the Edge Transport server you can configure an Edge Subscription to establish inbound and outbound mail flow.

How to Install Exchange Server 2013

How to inventory membership of Exchange Groups, recursively