Yes, that means there’s not a lot here to be terribly excited about. Of course, we knew that as we recently charted the pre-release rumor mill surrounding the device. It seems most of those rumors were accurate, including an LTE model. In fact, the only correct aspect of the pre-release buzz was the name of the product.

Microsoft’s Surface line has often been labelled as the company’s attempt to copy Apple’s hardware for Windows. It seems Microsoft is now borrowing one of Apple’s most annoying tricks. Namely, doing a mid-generation bump of a device and sticking an S on the end of the name.

Yes, the devices are better, but only marginally so. In reality, customers are left waiting two years for a true generational upgrade of the original product. In the world of yearly smartphone release, that’s annoying, but perhaps in the world of laptops Microsoft can get away with simply putting a Plus on the Surface Pro 7.

Certainly, there’s no arguing this new product is an upgrade over the old… just not a massive leap forward. That may be why Microsoft is only selling the Surface Pro 7+ to enterprise and education users. Those are customers who may appreciate the better specs and performance, no matter how small.

As is par for the course, the Plus model looks the same as last year’s release. Under the hood the biggest change is support for Intel’s 11th generation chips and LTE. In fact, this is the first time since 2015 Microsoft has shipped an LTE Surface Pro model out of the gate. 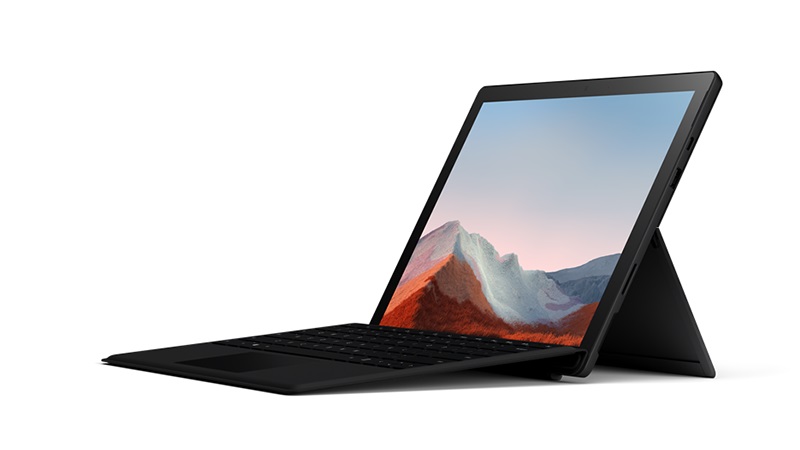 Other notable promises from Microsoft include up to 15 hours of battery life. That’s a sizeable jump from the frankly average 10.5 hours on the regular Surface Pro 7.

Did you know that Windows 10´s Task Manager lets you set CPU affinity to claw back some resources from running apps and give selected apps higher priority. Our tutorial shows how you can use this helpful feature.

Microsoft Teams Getting Dynamic View Improved Together Mode, and Backgrounds on Android