Microsoft Forms is Now Widely Available to Everyone

This week, Microsoft Forms has left preview and is now officially launching. The survey creator is heading to users through the Microsoft Office mobile app or on the web. This new tool is completely free for all users.

However, you will need a Microsoft Account to access Microsoft Forms, at least if you want to create your own surveys and quizzes.

It is also worth noting subscribers to Microsoft 365 Personal and Microsoft 365 Family get some more templates and tools such as allowing more people to share and complete their designs.

Microsoft Forms is a platform that helps professionals and educators create content in minutes. Forms can be surveys, feedback forms, or quizzes. They can be shared with anyone and form owners can see results of completed forms in real time.

For users interested in using Forms, the official website is here. I had a quick run around the tool and my admittedly basic creation is below (go easy, it took me around a minute!). 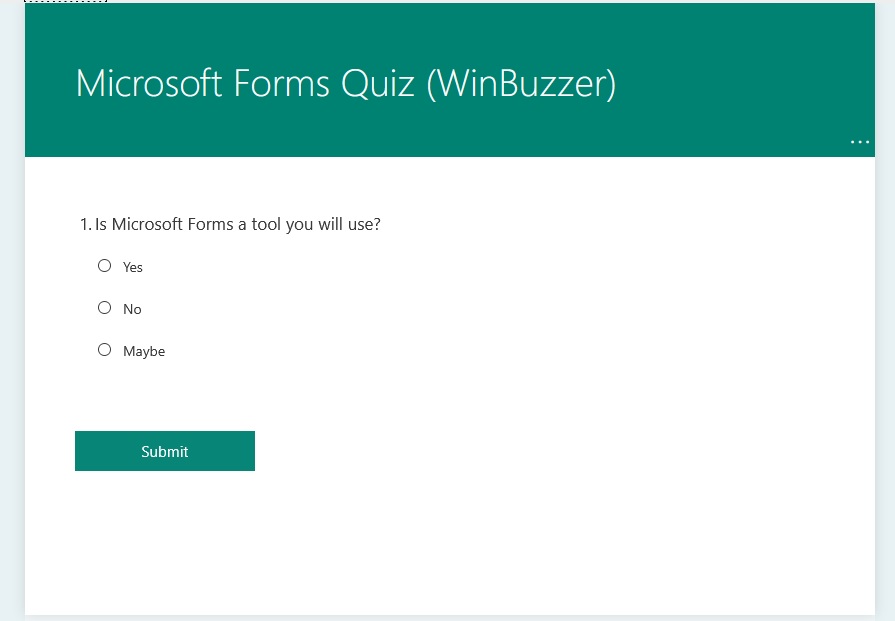 Some of the best features of Forms include Quick Poll and Branching. The former integrates with Outlook and allows users to create real-time polls quickly. When typing an email in Outlook, the Quick Poll add-in button can be used to generate poll questions with answer options.

Dynamics 365 users can access Microsoft Forms Pro for free, although they are limited to 2,000 survey responses per month. Office 365 users can buy that same amount of responses for $100 each month, which is about 5 cents per response.

Facebook Gaming Gets Cloud Streaming Service That is Being Bizarrely Undersold

A first look at the Productivity Score Dashboard