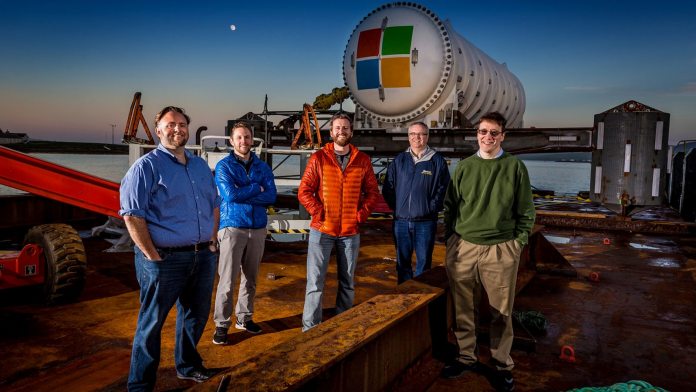 Project Natick is a Microsoft initiative that focuses on placing a datacenter on the ocean floor. After several years of developing and testing, Microsoft has raised its datacenter from the seabed. According to the company, the results point to a new era of cloud data reliability.

Microsoft’s efforts to develop underwater datacenters was launched in 2014. In 2017, Project Natick was selected among the 190 finalists of the first World Changing Ideas Awards. By 2018, the project was ready and deployed underwater off the coast of Scotland’s Orkney Islands.

Power came from the European Marine Energy Centre, a project set up to monitor renewable energy from tidal power. Since 2018, Microsoft’s 40-foot capsule has sat on the sea floor with 864 servers on board and 117 feet of Atlantic Ocean above it.

Microsoft’s goal has been to show underwater data centers are viable. The company aims to highlight the environmental, economic, and logistical benefits of such technology. In a blog post this week, Microsoft says the Project Natick capsule has been risen from the deep.

In the post, Microsoft says its prediction about the benefits of underwater datacenters have been upheld.

“The consistently cool subsurface seas also allow for energy-efficient data centre designs. For example, they can leverage heat-exchange plumbing such as that found on submarines,” the blog post says.

Needless to say, the capsule rose slightly grimier than when it was sunk. After a cleanup, the capsule had health checks. Microsoft points out some of the servers and cables failed. While that seems problematic, Ben Cutler, a project manager in Microsoft’s Special Projects research group says the company saw 8x more reliability.

“The team hypothesizes that the atmosphere of nitrogen, which is less corrosive than oxygen, and the absence of people to bump and jostle components, are the primary reasons for the difference. If the analysis proves this correct, the team may be able to translate the findings to land data centres,” Cutler adds.

Microsoft Fixes Zerologon, One of the Most Dangerous Bugs Ever