For Exchange Server 2016 the high availability building block is the database availability group (DAG). Exchange 2016 DAGs are very similar to Exchange 2013 DAGs however there are some new features and behaviours to be aware of, which I’ll demonstrate in this article series. I’ll also cover:

Let’s begin with an overview of database availability group concepts.

Database availability groups can contain up to 16 Exchange 2016 mailbox servers, each of which hosts copies of one or more databases that are replicated with database copies on other members of the same DAG.

When a DAG is first created it has zero members. A minimum of two members is required for the DAG to provide high availability. Two-member DAGs are reasonably common as a simple HA deployment of Exchange, for example in the diagram below two Exchange 2016 servers and a file share witness make up a database availability group.

Exchange Server DAGs make use of an underlying Windows Failover Cluster. You don’t need to create, configure, or even touch the Windows Failover Cluster using cluster management tools, except in specific maintenance scenarios that are clearly documented. When you add members to a DAG the failover clustering components are automatically installed and configured for you.

Quorum is the voting process that the cluster uses to determine whether the DAG should remain online or go offline. If the DAG goes offline all of the databases in the DAG are dismounted and inaccessible to end users, causing an outage.

There are two quorum models:

All database availability groups are configured with a file share witness, whether it is used for voting or note. The quorum model is adjusted automatically by the DAG as you add or remove members.

I wrote above that in some failure scenarios the DAG may lose quorum and go offline. In some circumstances the DAG can sustain a majority of nodes being offline if there has been sequential failures. This is thanks to a feature of Windows Server 2012 clusters called Dynamic Quorum.

Exchange 2016 DAG members can host a mix of active and passive database copies, because the switchover/failover occurs at the database level, not the server level. So there is no concept of an “active server” or a “passive server”. 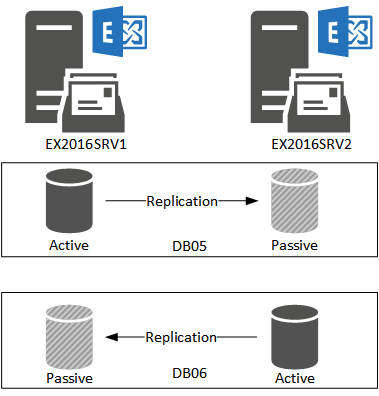 There is not a special installation of Exchange Server 2016 for DAG members. An Exchange 2016 mailbox server can be added to a DAG, or removed from a DAG, at any time without impacting the databases and other services hosted on that server. Incremental deployment makes it possible for organizations to deploy a single server today, and then scale out to a DAG at a later time if necessary, without any impact to production services.

A DAG network is one or more IP subnets that the DAG members are directly connected to. Every Exchange 2016 database availability group has at least one DAG network that is used for client traffic. A DAG can also have one or more separate, dedicated networks for database replication traffic. 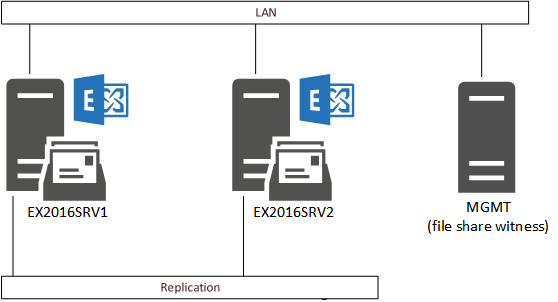 With the speed of modern networks it is generally recommended to use only one DAG network, which is simpler to manage and creates a more predictable failure scenario.

How to Configure Exchange Server 2016 for SMTP Application Relay

How to use Mail Contact object to enable outgoing SMTP relay